in this dancing life;

the rhythm of the limbs missing,

the synchronicity of hearts. 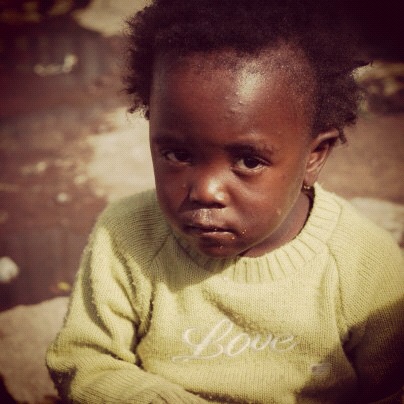 The Beatles said, all you need is love. Jesus, The Word, through Paul the Apostle, said in the letter to the Corinthians in the greatest treatise on the subject ever written that love bears all things, believes all things, always hopes, always endures; and of faith, hope, and love abiding – the greatest of these is love. Love never ends.

I took this picture in a township outside of Durban in the KwaZulu-Natal region of South Africa in 2009. The estimated prevalence of HIV/AIDS in this region at the time was 39%. For those of you keeping the book at home, that means very nearly every other person you see is living with HIV/AIDS: the ravenous, indiscriminating killer sure to extinguish the life of every single carrier.

Our group had gone to a ‘house’ — erase any Western thought you have of house and home — nothing more really than a couple of cinder-blocked rooms, covered by tin and floored in concrete. Three elderly women are there giving care, as best they can, to 15 or so children orphaned by the AIDS pandemic. In the townships we visited, amongst the appalling poverty, are the very old and the very young. The middle generations, decimated by disease and dismissed by an early death, are simply not present.

Three little girls are playing in the dirt when we arrive. I hand one of them a doll that is lying on the ground: the doll as needy as she; no arms, no clothes, filthy covered in grime… After I took a few pictures, I notice in the view finder The Word embroidered on her sweater. Written there is the summary of her greatest and most desperate need — LOVE.

In my mind, while sadly I cannot remember her name, she is the LoveChild. Present often in my thoughts, in the prayerful conversations I have for and with her, the still small voice rings in my ear, “Eric, you are a love child too.”

This poem was inspired by her.

How is it that you feel most loved and treasured?
I know.
You feel invisible: it is simply not so.
Let me tell you of your brilliance,
of how you are seen lovely creature
by all that I have created.

Long before places – this place – existed;
I had written your name,
your story, in the book of life.
I formed you from my innermost thoughts.
You are an expression of my character
and my deepest desires
for beauty and oneness
with what I have made.

All of my creation sings your song.
I have spoken a million suns spinning into galaxies:
it is your laughter and joy
that sources their light;
which in turn rays life and warmth
in ever present graceful outward arcs.

The mountains I pushed up
in all of their regal majesty;
bend in honor of you, exalt in you.
The soft percussion of water
in cold snow melted streams
patters a rhyme and rhythm of you;
spilling over and refreshing the rocks
with the essence of you.

Your story is carried by the wind
and is told in the rustling of pine needles
and aspen leaves.
In the canyons, an echo of you rings
passing pleasing words
from valley to peak, to river bed.

The very dirt delights in you:
counting your footfalls
with tremulous expectation.

Your tears in sorrow
I catch with highland flowers.
When cast down in darkness and doubt;
lift your gaze, turn your ear…

The Words are everywhere.
The eternal melodious music is playing…
Beauty and Love are your names.
Seen you are.

A Requiem for Newtown 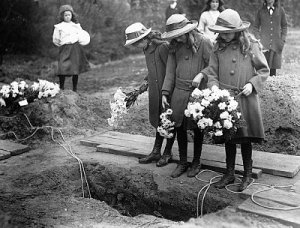 I woke up with a feeling of dread knowing that names would be in the news; personalizing the horror of yesterday, the new day bringing the faces of the massacred in Newtown to my screens. I’ve been listening to Verdi and Mozart, Requiems written for the funeral mass; my own grasping attempt to enter into the mourning of those experiencing the deepest fathoms of grief; the soul crushing, life altering, numbing kind of grief that becomes a companion when the one we love most, a child, is lost. The sequence of the liturgy (in italics throughout) begins in tragedy with prayers for mercy and care: it ends gratefully with the hope of Heaven rising triumphantly from death and despair. In Verdi’s Requiem, the Dies Irae movements play for almost half of the mass; in life as in this piece of music, deliverance seems a long way off…

The imagination is powerful in its creative facility to transport the mind and spirit. The Devil, God too it should be noted, is literally in the details. A young man, a member of my family, the human one, woke up, swung his feet to the floor, dressed in black, and prepared for the unthinkable. He started his day killing his mother by shooting her in the face. Then with malice and forethought drove to a school where she was a teacher, entered the building, and executed the adults he encountered, Mayhem loosed with the first shot. His steps carried him on a path conceived first in his mind. Reloading, perhaps calmly, his weapons; he walked next into classrooms and brutally extinguished the lives of 5 and 6 year-olds in a cacophony of screaming fear and the anguish of pain. Finally — more tragedy — mercifully, taking his own life, before others were harmed.

So where was God in all of this? This headlining question stirred in me these words here on the page: it appeared on CNN.com early this morning for a time. The question supposes that The Old Gray Man is stationed somewhere out near Alpha Centauri absently observing the events on this orb with detachment; missing in action.

Jesus it turns out was in Janet Vollmer’s class room. After securing the safety of her students, she — Jesus — then opened a book, and read to them to give them comfort and to distract them from the terror unfolding outside her door.

Jesus, in uniform (a nurse, an EMT, a police officer, or fireman), rushed to the scene, the sirens signaling to Lanza that his time was up and that the killing would now end: not one more innocent life will be taken. Jesus, a first responder, provided care to the wounded, perhaps holding a dying child as life spilled out. Jesus walked up to a sobbing parent with a gruesome picture of a child felled to the classroom carpet, with fatal wounds issued in warlike fashion, and asked: “Can you identify this child, is this your son?” Jesus in this very moment is holding his beloved children, loving and weeping with the fathers, the mothers, the brothers and sisters, and the friends of the slain; wiping away buckets of tears, consoling, and comforting.

Don’t miss the incarnation. I tried to write in some of the details in my mind to make it personal, rather than just another something awful on the news that happened somewhere else. God and the Devil, Heaven and Hell, Love and Hate are not mere conceptual abstractions. If you have need to find them, consult the nearest mirror. I suggest starting by seeking out and celebrating the Divine in others while searching the interior crevices of our own hearts for the resident Darkness.

Libera Me In Paradisum – Deliver Me

The New Heaven and the New Earth

Then I saw a new heaven and a new earth, for the first heaven and the first earth had passed away, and the sea was no more. And I saw the holy city, new Jerusalem, coming down out of heaven from God, prepared as a bride adorned for her husband. And I heard a loud voice from the throne saying, “Behold, the dwelling place of God is with man. He will dwell with them, and they will be his people, and God himself will be with them as their God. He will wipe away every tear from their eyes, and death shall be no more, neither shall there be mourning, nor crying, nor pain anymore, for the former things have passed away.”

Perhaps we, who are One Body, can play a role in making Newtown, and our town, new. We have set before us each day, “life and good, death and evil, blessing and curse.” The Kingdom of God is not abstract and far away, it is right here, now.

I remember a sermon given at Willow Creek years ago shortly after Jeffrey Dahmer committed his atrocities. The question was how does one become a man capable of such acts? The answer, in many cases, is one degree at a time over a long period. Yes, along with our deep sadness, we should be outraged, angry, and righteously indignant. In the midst of that, maybe there is a sad, desperately lonely person sitting off in a corner; someone who’s been mistreated or marginalized in some way at the school we go to or where we work, that we can pull along side of, and try to understand their story, love them in some tangible and personal way, thereby arresting and reversing the ticking off of another degree. Catch someone falling is the idea.

It’s doubtful that more guards with guns, higher walls, and razor wire featured fences will protect and secure our schools from the madness of a determined personal Evil.  Love, in the words, touch and care of another human being, is the only antidote to the sometimes confounding senselessness of our days. Choose life and love someone.